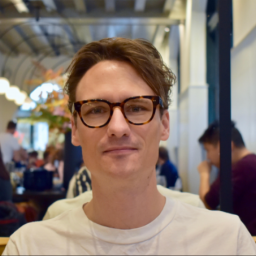 It’s been quite the year for oil and gas companies. And when we really think about it, it’s been a tough decade and a half.

Suncor Energy (TSE:SU), which once would have been thought of as a blue-chip Canadian dividend stock, has now fallen so far it’s given up the title of Canada’s largest oil and gas company to Canadian Natural Resources (TSE:CNQ).

If we look at the performance of the 3 major oil producers this year, it isn’t pretty. However, it gets even worse for Suncor, primarily because the company cut the dividend.

So, is the stock still a viable play moving forward, and could a contrarian investor make some cash investing in this once blue-chip giant. Or, are you simply lighting money on fire by doing so? Lets have a look.

Suncor Energy is the second largest oil producer in Canada by market capitalization. The company operates primarily in Western Canada, the eastern coast of Canada, the United States, and the North Sea.

As an integrated producer it has up, down, and midstream operations. The upstream includes bitumen, synthetic crude, and conventional crude. Its upstream operations include refineries that are capable of refining 462,000 barrels a day.

But the real question that Canadian investors have, is will Suncor return to dividend growth once oil rebounds, or will this dividend cut be the new norm moving forward?

Suncor’s dividend. Will we see growth, or stagnation?

The one thing that alarmed me with Suncor is the swift reaction of the company to cut the dividend in early 2020 after COVID-19 caused oil demand to crater.

At first, I saw this as a prudent move to preserve liquidity, and it may actually be a positive sign. However, after seeing Imperial Oil and Canadian Natural Resources maintain dividends despite being in the same economic conditions, I began to get a sense of extreme frustration with Suncor among shareholders. Especially considering just prior to the dividend cut in 2020, the company had raised the dividend.

For the better part of the last half decade, Suncor had yielded in the 3-3.5% range. That is, until COVID-19 hit. Now, we know double digit yields are almost never sustainable. So, as we moved through 2020 it was pretty clear by looking at this chart where Suncor cut the dividend. Its yield plummeted, but it’s on a steady rise yet again.

Why is this? Well, it’s definitely not due to a dividend raise, it’s due to a falling stock price.

So, what we’re left with now is a stock trading in the dumps with a dividend that, as a new investor, still seems attractive.

However, it’s important to note that this is a company that is still facing significant losses on a quarter to quarter basis.

Net losses for the company are stacking up, coming in at $2.33 billion, $3.52 billion, and $614 million respectively. Funds from operations has been on a slow and steady decline and production by quarter is going down.

There’s just not much to say about Suncor’s dividend right now. If I’m looking to build a strong income portfolio, I don’t want to be looking at company’s that have recently slashed the dividend by 50% and are still looking skeptical in terms of payout ratios.

The company does have significantly liquidity, but we don’t want to be placing any sort of reliance on a revolving credit facility for a company to pay the dividend.

But the real question is, does Suncor have upside from todays prices, especially considering it’s trading nearly 70% below yearly highs?

There’s no doubting the fact that the road ahead for Suncor is a bleak one. In fact, pundits have estimated that peak oil demand will be reached by the year 2030, casting a shadow of doubt over the whole industry, but this is amplified exponentially on producers when compared to say, pipeline companies.

My long-term outlook for oil and gas producers is quite bearish. There are much better sectors to invest in for both income and growth. If you’re looking to oil and gas producers for long term investments, in my eyes it’s a losing proposition. In fact if you look at the chart below, it has been for the better part of 13 years.

However, there’s no questioning the fact that the selloff of Suncor is overdone. As such, I think those looking to make a short term play on this stock could stand to benefit.

But compared to what the company has been trading at over the last half decade, the market is pricing in the idea that Suncor’s earnings are going to drop by 70%+ next year. I think this is overdone.

Overall, I’d be passing on the company moving forward

I’m a long term fundamental investor. When I see a company like Suncor and a sector like the oil and gas industry suffering, it’s easy to think this is a no brainer opportunity.

However, I don’t think negative sentiment towards the sector is going away anytime soon, and those lured in to the sector by high dividend yields and low valuations may be faced with lackluster returns over the long term. Technology stocks are gaining more traction, especially since the beginning of the pandemic. Some of which are proving to be viable income considerations as well, such as Enghouse Ltd (TSE:ENGH).

As long as COVID-19 continues to show it’s ugly head, Suncor will struggle. Until the virus is effectively a non-factor, there will always be the risk of a drop in oil demand.

But, as a short term recovery play over the next few years? I think Suncor, considering how badly it’s stock price has been beaten down, may be a solid contrarian pick. The market is pricing in a significant dip in earnings over the next few years, enough of a discount that makes the stock look pretty cheap right now.

Is Innergex Renewables (TSE:INE) the Renewable Energy Stock to Buy?