Our Top Marijuana Stocks For 2020:

2019 was an interesting year for the Canadian cannabis industry.

The first few months were excellent for the sector as investors remained bullish. Retail stores were reporting off-the-chart demand and producers couldn’t keep up. Everyone was talking about how marijuana would take over the world.

But then, reality hit.

Many different factors hit the sector hard. Analysts changed their tune and predicted the supply shortage would become a surplus. Many of the top producers were expected to at least approach profitability in 2019, but many prominent ones missed expectations. And perhaps most importantly, investor sentiment went away.

These reasons combined to send pot stocks reeling, with the sector ending 2019 down more than 50% compared to highs set in the spring.

What does the next phase of Canada’s marijuana market look like? And most importantly, is there any upside left on these beaten-up pot stocks, or will they turn into investing zombies, securities that aren’t quite dead but certainly aren’t alive?

Investors could very well see some significant recoveries in 2020, especially if sentiment shifts. That’s very possible, especially as more consumers ditch their dealer and if cannabis edibles take off.

Before we get into the top marijuana stocks in Canada, let’s go over some things that make the industry so promising.

If you want boring, the marijuana sector isn’t for you. It’s a volatile place to invest.

That’s because a lot of people who are purchasing these stocks are buying them purely on hype, and possibly ignoring the fundamentals and the strengths of the companies themselves.

These investors often trade in and out frequently, which creates big moves daily. Even now, pot stocks are often responsible for the largest volumes on the Toronto Stock Exchange.

As always, when purchasing marijuana stocks, it is crucial to do your due diligence. You’ll want to be careful and proceed only with cash you can afford to lose. Other wealth protection methods – like using stop losses – might be a good idea as well.

The pot rush can be explained in one word: legalization. Governments across the world are introducing legislation to legalize the recreational use of marijuana. In Canada, one of the key platforms that the current Liberal government ran on was the legalization of marijuana. On April 20, 2016, also known as 420-day for pot enthusiasts, the Government of Canada officially announced plans to legalize marijuana. Despite opposition, the legalization took place in October 2018. The government has subsequently made marijuana-based food and drink items legal, which should be a major growth market for the sector in 2020.

What to look for?

It’s all about production and revenue growth. The majority of marijuana companies still aren’t profitable, as such relying on traditional valuation metrics doesn’t make sense. Investors should pay close attention to these factors:

So where should you start? Here are the top 5 marijuana stocks in Canada Admittedly, outside of the big three marijuana stocks, it is difficult to predict which other companies will have long-term staying power.

The reason for making Organigram’s (TSX:OGI.V) inclusion on our list of the top marijuana stocks over the others is simple, it is one of the cheapest pot stocks on the index. It has a low price-to-forward sales ratio and the company has recently posted impressive revenue growth, a trend that should continue through 2020.

The company signed a 2-year deal in its home province of New Brunswick to supply cannabis to the recreational market there. This adds further growth potential to its current medical license. In addition to NB, it has supply agreements with Alberta, Manitoba, Ontario and PEI.

On top of supplying dried cannabis and oil products, through its exclusive agreement with TGS Colorado, the company is well positioned to take advantage of recreational edible products, which have rapid growth potential. It has also entered the cannabis vape market and plans further products in that part of the sector in 2020.

Analysts are bullish on the stock, with an average price target of just under $8 per share. That represents close to 100% upside as of this writing. Aphria Inc. (TSX:APHA) rounds up the ‘big 3’ top cannabis stocks on the Toronto exchanges. Aphria has posted several consecutive quarters of profitability, at least on an adjusted EBITDA basis.

Unfortunately, Aphria shares have been some of the hardest hit in the recent pot stock rout. Management just can’t seem to meet expectations. In fact, in January, the company announced it would miss expectations for 2020, telling investors to expect revenue between $575 and $625 million, compared to previous guidance of between $650 and $700 million.

Aphria has also been embroiled in several controversies as of late. It has been accused of paying a premium for acquisitions which had the net effect of lining insider pockets. Although none of these allegations have been proven, it has led to significant volatility in stock price. Because of these controversies, the company sacked its CEO and announced the co-founder would be stepping down from the board.

The good news is the company has a solid balance sheet and it appears to be on the cusp of major profitability. Its CFO recently publicly mused the idea of the company paying a dividend, something that would certainly separate this company from the pack.

If Aphria can put these controversies behind it and actually hit analyst expectations, the stock could go much higher in 2020. Dropping to third on our list of top marijuana stocks in Canada is Aurora Cannabis (TSX:ACB). Aurora, with a market cap of $2.93 billion, is also a well-known player in Canada’s medical marijuana industry. It also supplies product to the recreational market and has a strong position in CBD oil.

The company has been the most aggressive consolidator in the industry. As such, it now has one of the highest production capacities and is well positioned to meet demand. The only downside to its buying spree is that the company has been issuing shares to make these purchases. As such, it has had the net effect of shareholder dilution. This has been a big factor in the stock’s 70% decline in the last year, but the general sentiment surrounding the industry sure hasn’t helped either.

Aurora boasts plenty of low-cost production, with the average cost to produce one gram of pot recently falling to $0.85. It currently has 11 different production facilities, including assets in Europe and South America, and is exporting product to dozens of different nations.

The only real issue with Aurora shares is the company isn’t projected to be profitable until 2022 at the earliest. Canopy Growth (TSX:WEED) is Canada’s best marijuana stock, and it isn’t really close, either. It’s the largest in the country with a market cap of $11.33 billion and has built a reputation as the industry leader. As such, its share price has been less volatile and far outperformed just about every other pot stock as investors punted these lesser companies from their portfolios. The company has similarly outperformed over the past two-year and five-year time frames.

Canopy’s growth profile is not limited to Canada as it has significant international operations. It has various supply and distribution agreements with Jamaican, Spanish, and Denmark governments. These recent agreements add to its sector-leading expansion in Australia, Germany, Brazil, and Chile. It also has big plans to enter the hemp market in the United States, creating infrastructure in the nation that will be extremely valuable when marijuana finally gets legalized on a national basis.

You also can’t talk about Canopy without mentioning its industry-defining deal with Constellation Brands. It is the largest beverage deal in the sector and adds significant legitimacy to the company. In fact, if Canopy’s shares get too cheap, Constellation might just step in and buy more.

Simply put, Canopy is the safest play in the sector and remains near the top of our list of cannabis stocks. Village Farms (TSX:VFF) has been around for decades, but it has only recently gotten into the marijuana business. The company also grows produce – tomatoes, peppers, and so on – in greenhouses located just outside Vancouver and in Texas, and it has open-air fields in Mexico.

Village Farms’ marijuana production is already profitable, and it has the advantage of having a bunch of expert plant growers already on staff. And unlike every other pot producer, it didn’t have to spend millions building grow space. It just used greenhouses that have long been paid for.

And in a rarity for the sector, analysts expect the company to be solidly profitable in 2020. The bottom line is expected to be $0.64 per share, putting the stock at just 13x forward earnings.

So which of these stocks do you think will succeed, and which will go up in smoke? Did we miss one on the list? Let us know in the comments below! Make sure to take advantage of buying these stocks with your TFSA so you can enjoy tax free gains, including saving on things like capital gains! 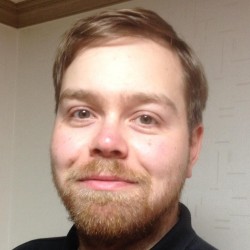 Whether you're bullish or bearish on the oil and gas sector in North America, deeply discounted valuations and strong dividend growth should be enough to make you turn your head. There's much to be … END_OF_DOCUMENT_TOKEN_TO_BE_REPLACED