5 Top Canadian Gold ETFS for 2021 and Beyond

What Do You Need to Know About Your Tfsa Limit in 2021? 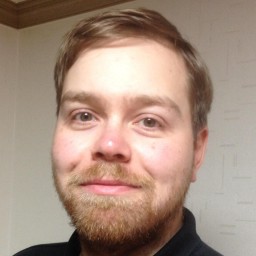 If you’re looking for a natural resource to be bullish on going forward, forget about gold, silver, or copper. The future is in cobalt.

Cobalt has many different uses. A radioactive form of the element is used to treat cancer. It is added to aircraft parts to help make them sturdier and less prone to failure.

It is also used in electroplating, a process that adds a layer of metal to certain parts to protect them, help them conduct electricity, or to simply make them look better, depending on the circumstances.

Cobalt is also a main input in battery production, an industry with all sorts of long-term growth potential as we move into a greener world.

Some day, bulls argue, we’ll all live off the grid using nothing but the sun’s rays and giant batteries to generate the electricity needed to sustain ourselves. And we’ll drive our electric cars around, too.

There are hundreds of gold and silver stocks, and dozens of large-cap diversified miners.

But since so much cobalt production comes from unstable areas – including the world’s largest producer, the Democratic Republic of Congo – it’s difficult for Canadians looking to buy stocks to find pure plays on the metal.

For instance, Glencore, the British mining giant, is the world’s largest cobalt producer. It produces about 30% of the world’s supply. But cobalt production is almost an afterthought; the company primarily focuses on coal, copper, and nickel.

Let’s take a closer look at the top three Canadian cobalt stocks, companies that have huge potential to make it big in this interesting growth market.

Let’s start with Sherritt International, a major cobalt producer that also has some significant risks.

Sherritt is primarily a nickel producer, with mines located in Canada, Cuba, and Madagascar. It also has oil and gas and power operations in Cuba. And most importantly, the company is also a major cobalt producer. It plans to produce between 3,300 and 3,600 tonnes of cobalt in 2020.

Operating in Cuba is a challenge. It’s tougher for the company to bring cash back to headquarters, and none of the product produced can be sold to the United States because of trade restrictions.

There are also political risks. At this point none of these have really become a major issue, but it’s still something that will make many investors pause.

Sherritt’s shares have also cratered in the last couple of years. After reaching a high of more than $1.50 per share in early 2018, the stock has marched steadily lower as investors became concerned with Sherritt’s liquidity situation.

Although the company has approximately $172 million in cash today, that’s offset by nearly $744.6 million in debt. $170 million of that debt comes due in 2021, and investors are concerned Sherritt won’t be able to pay.

However, this opportunity comes with great upside potential. If cobalt prices rally significantly from here, it’ll go a long way towards helping Sherritt with its balance sheet woes.

It’s mainly focusing on the Castle Mine, a location boasting high-quality cobalt reserves as well as gold, silver, and nickel reserves in the area. The area previously hosted a silver mine, a location that was viable for a decade from 1979 to 1989.

The company hopes new technologies will help it bring the mine back to its former glory.

I think they’re onto something. After all, these assets are located near the town of Cobalt, Ontario.

Castle Mine also boasts good overall infrastructure, an agreement with nearby First Nations groups, three former mineshafts that will make restarting production much easier, and preliminary drilling results that suggest the mine is rich in both cobalt and silver.

The company also recently acquired Polymet Labs, a key step towards its stated goal of becoming a vertically integrated producer.

Polymet’s 23,000 square foot facility offers potential to process natural resources produced from Castle Mine, as well as additional opportunities in areas like e-waste and commercial assaying.

The only issue today is investors don’t know when commercial operations will begin. Canada Cobalt Works is in the processing of testing the land for viability and doesn’t have immediate plans to begin serious production.

Rather, the company owns a cobalt refinery that takes raw cobalt and converts it into cobalt sulphate, a material that is then used in the battery production process.

First Cobalt eagerly points out that there are several high-profile companies working on battery technology in North America, including Tesla and Apple.

The market is still lagging Asia, which really started embracing the technology potential back in 2015 or so, but it’s rapidly catching up.

This refinery, which is North America’s only high-grade cobalt refinery, it strategically located close to major auto manufacturing plants in Ontario.

According to a 2012 report, the facility has a replacement value of more than $100 million. First Cobalt’s market cap, meanwhile, is just under $40 million.

There’s just one problem. The facility isn’t currently operating, although management promises it will officially be restarted at some point this year.

Considering the company’s partnership with Glencore, the world’s largest cobalt producer, I have faith in the management team.

Although there’s no current production on the site today, preliminary test results are promising. Good infrastructure is already in place and there’s a road from the site to a major highway.

There’s no doubt about it. Investing in Canada’s top cobalt stocks is a risky endeavor. We can think of many other Canadian stocks to buy, but if you have an appetite for high risk, you’ve come to the right place.

Each of these top cobalt stocks offer fantastic upside potential if demand for the metal really takes off. Each of these stocks could roar 500% or even 1,000% higher if we start using cobalt in a big way.

If you’re interested in the cobalt sector, perhaps the best way to play it is a small investment, something you can afford to lose.

You should still make a decent return if cobalt takes off, and you won’t lose much if the thesis doesn’t work out.

Is Blackberry (TSE:BB) a Top Canadian Stock to Buy Now?